WHY FLUTTER HAS BECOME THE BEST CHOICE TO DEVELOP A STARTUP MOBILE APP? THINKTOSHARE EXPLAINS 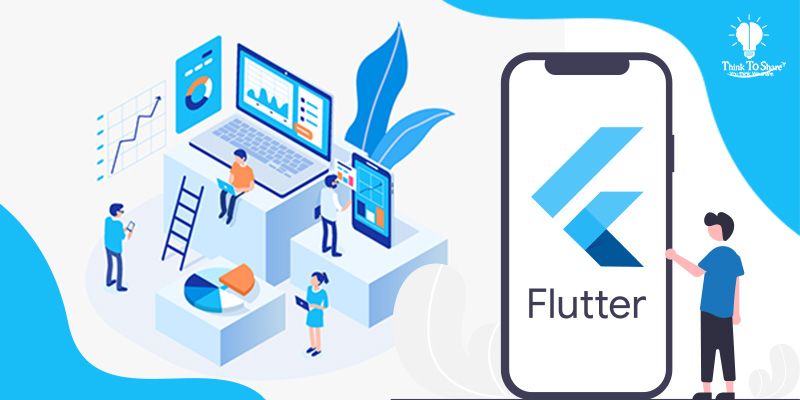 Flutter is the single most revolutionary thing to have happened to native app development and before we ask ourselves why you should choose Flutter and count on mobile app development with Flutter, let us look at what Flutter actually is.

It is the most well-renowned app development toolkit that was developed by Google back in 2017. Flutter is used and can be used to develop apps for everything from Mac OS to Android, iOS, Google Fuschia as well as web applications.

Being an open-source framework and mobile UI framework toolkit, Flutter allows the development of beautiful apps with excellent UI in record time and because it is a complete SDK or software development kit Flutter has everything that a cross-platform app development tool should have. Flutter is a hybrid platform that allows various mobile app development projects wherein you can hire Flutter developers and be assured that they can work on nearly every platform.

While native Android app development and iOS app development are more refined yet having developers that can develop both on Android in iOS is something truly spectacular and although there are a few compromises head and there in quality it gets the job done quite nicely.

While there are several well-known guides for developing mobile app with Flutter, in this blog we will primarily look at the main advantages of Flutter and how it is revolutionising app development.

This was a blog about how Flutter has become the primary choice for startups for app development. Flutter can pave the future for even more cross-platform app development wherein there may come a point where we would not have separate app stores or apps but a single one which can be supported on every operating system. If you are someone who really likes the concept of Flutter and wants to develop an app that is cross-platform and that can run on nearly every OS then we are here for you. We are ThinkToShare, the fastest growing website design and development company in Kolkata. We have excellent teams of Flutter developers as well as native app developers for every known OS platform. We will make sure that your app is well built and requires the least maintenance.