Beer Yoga- The Coolest Way to Stay Healthy in This Summer 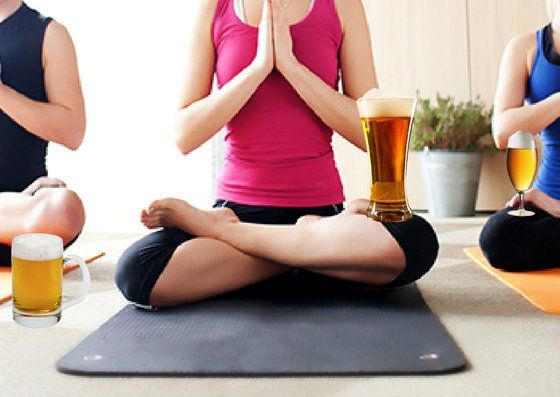 Beer yoga is going international and that is no surprise, right? It is after all the perfect union between two great lovers – yoga and beer. The mindfulness of yogic techniques and the sheer joy of drinking beer greatly complement each other to culminate into one heck of an energizing and exciting experience.

Whether you are a seasoned yogi or seasoned beer-drinker looking to do something about that ever-increasing beer-belly, beer yoga is what you have been waiting for.

BierYoga AKA beer yoga originated in Germany and enjoyed by the Berlin hipsters for far too long, before they decided to spread the word. And boy, can we thank them enough? The lust-worthy yoga has already made its way into the shores of Australia and Bangkok and I can tell that the rest of the world is waiting with bated breath.

Beer yoga is the latest sensation and a huge fitness craze all over the world. It is basically the coming together of a love story that unites fitness freaks and beer lovers. You no longer have to choose one over another! Awesome, right?

By combining the traditional poses of yoga asanas with the art of chugging down a bottle or glass of lager, it is helping people find their inner point of calm and peace. You can stretch while drinking beer or sip while the downward dog position. You will be at an absolute blissful state of mind because you chill, relax, drink beer and do yoga. Multi-tasking at its best! Am I right?

Not only will you learn yoga poses that will keep you healthy, but also adopt some really cool tricks, such as balancing beer bottle on your head, to show off at the next party.

Want to Know the Top 5 Beer Yoga Poses that Everyone Is Going Gaga Over? Here we go… 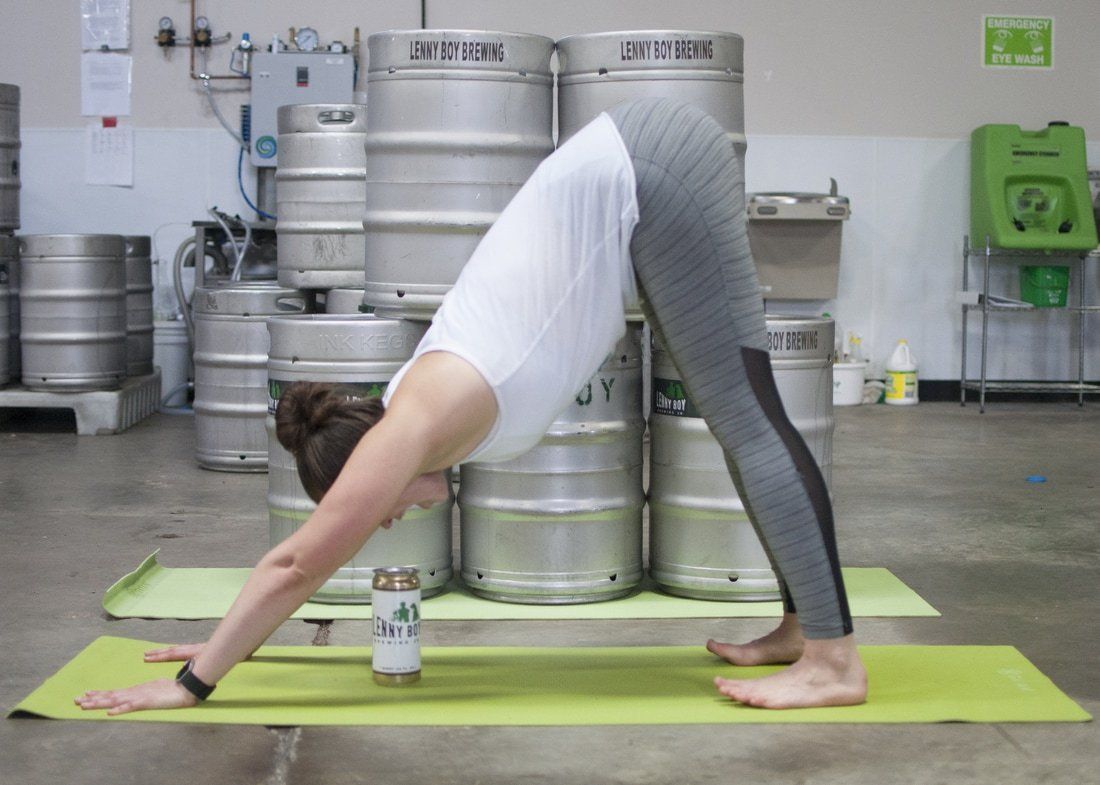 The classic downward facing dog pose remains the same, except that it tests your mettle of drinking beer when you’re at it. Think you are up for it? 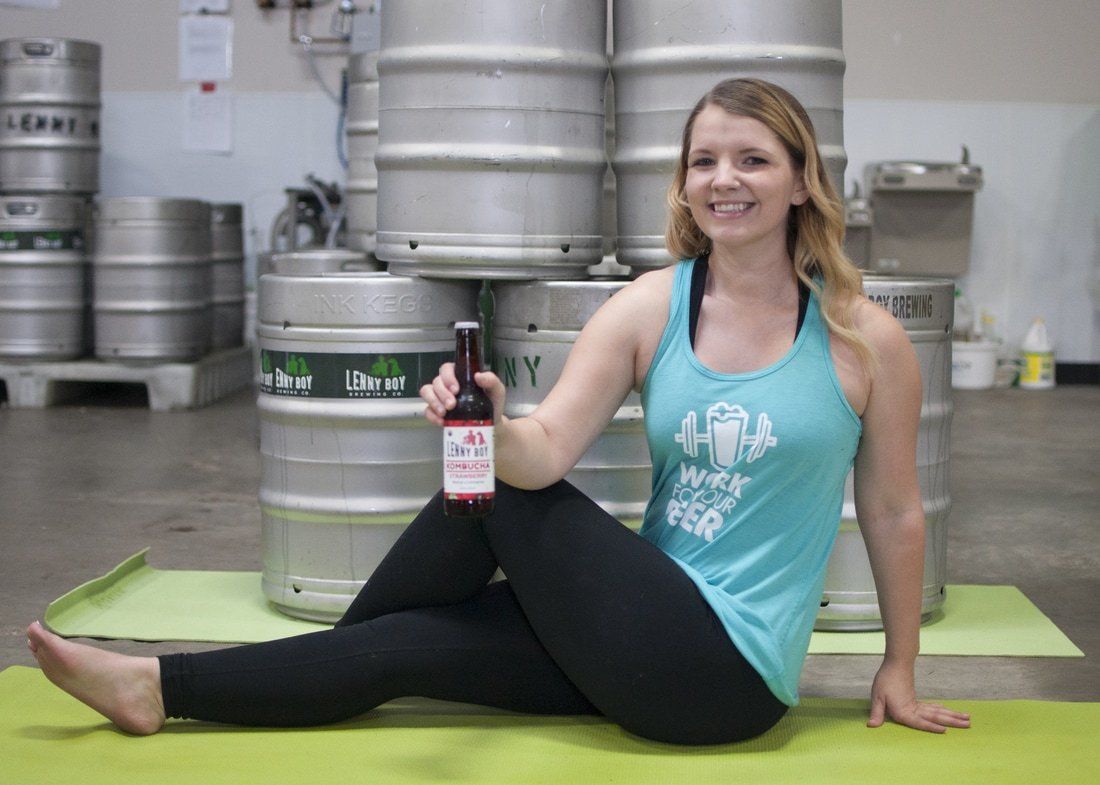 The seated spinal twist pose requires you to twist your body and place one leg over the other. This pose is great for detoxing while you re-tox with beer. 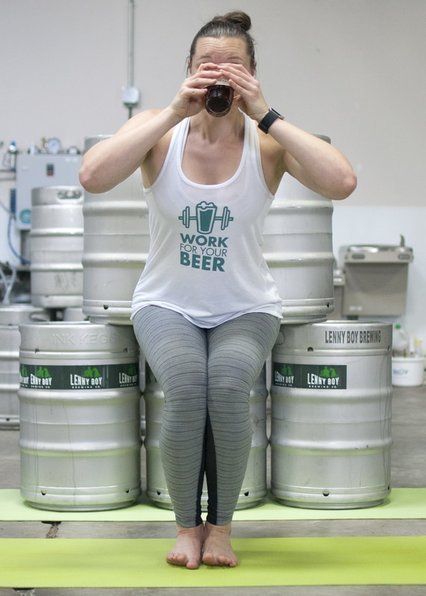 Imagine there is an invisible chair and just sit like you would on a chair. Hold that position and allow your thighs and buns to burn away all that fat. The catch? You have to chug your beer during the entire duration you are seated in the invisible chair.

The Archer ‘Brew and Arrow’ Pose

You have to get really low on your yoga mat for this pose and prepare yourself to shoot an arrow, invisible of course. For the beer-infused version, you will be holding a real bottle or can of beer instead of the bow and arrow. 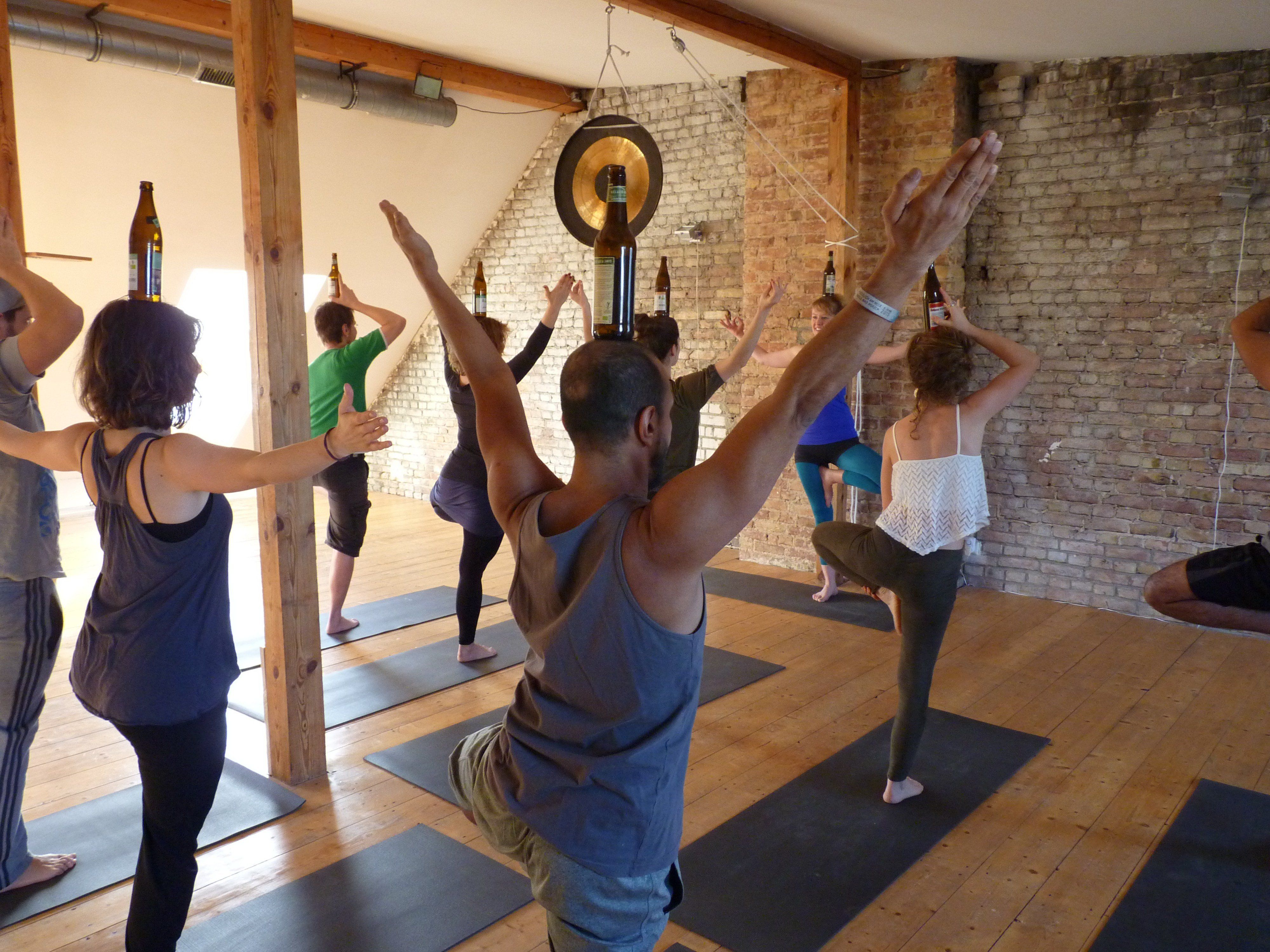 Stand tall and slightly lift one leg to make it rest on the other against your sole. During the tree pose, your hands must be up in the air holding two beer bottles or cans. This will be the ultimate test of your balance. If you succeed, you can chug the beer as your reward.

So, what are you waiting for? Enroll yourself for beer yoga classes! This way, not only will you be putting your binge-beer-drinking habit to some good use, but also can proudly embrace your love for beer. If the trend still hasn’t reached where you live, why not be the one to start?

Come on. Drink a bottle and get creative!!